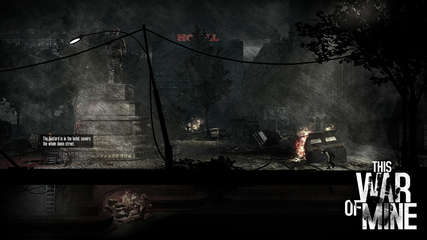 This War of Mine: Final Cut

It has been a long road. However, all stories must come to an end.

This War of Mine has been giving you a thrilling experience of living through the war as a civilian for five years since its release. Numerous updates and expansions have broadened the experience and filled it with more shades and tonalities of hard civilian existence during wartime. Now, honoring the 5th anniversary of the original release, 11 bit studios proudly presents to you This War of Mine: Final Cut.

This War of Mine: Final Cut contains all the updates and free expansions released so far and introduces not only a new scenario but also expands all scenarios with the locations known from Stories DLCs - even if you don’t own those. In short words - that means you can now experience lots of never-seen-before playthroughs and struggle with new challenges.

This repack IS NOT backwards compatible with my previous TWoM repacks.