ATTENTION! The minimum size of the repack is 4.6 GB, read repack features section for details. 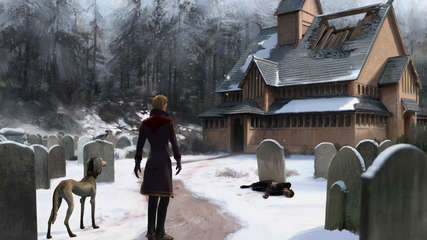 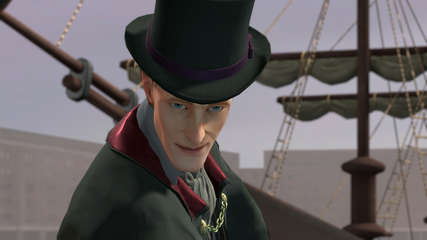 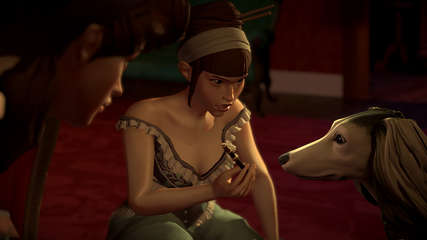 A gripping tale set at the turn of the century, just as London suffers its "Autumn of Terror" and ominous footsteps ring from the walls. Take on the roles of immortal hero Sir Lancelot Du Lac, and cursed sorceress Morgana Le Fey, in a thrilling quest as you hunt London’s most prolific serial killer. Play as one of three characters and join forces with Whitechapel local - Mary Jane Kelly - as you explore the capital’s underbelly and the intriguing characters that inhabit it.

Enjoy a sprawling, branching narrative adventure where your in-game decisions impact each character’s resolution. Dance of Death: Du Lac & Fey breathes new life into the adventure genre, and puts its own mark on this often-misunderstood period of history. Featuring historically accurate crime scenes, a wide array of characters, and a plethora of true-to-life locations, Du Lac & Fey has been meticulously researched and fact checked by experts in the field to bring the Ripper story to life. This is your chance to explore the sights, sounds, and locations of the Ripper’s London, and immerse yourself in all that the Victorian era had to offer.

Steeped in history and bursting beguiling characters, Dance of Death: Du Lac and Fey boasts a stellar line up of voice talent including Penny Dreadful and Tudors actress Perdita Weeks as Lady Morgana Le Fey, Dragon Age and Torchwood star Gareth David-Lloyd as Sir Lancelot Du Lac, and Utopia and Black Mirror actress Alexandra Roach as Mary Kelly, each guiding us on a journey through the twisted streets of Whitechapel. Developed by Salix Games, a new indie team with AAA experience from the likes of Rocksteady and Lionhead. Plotted by Philip Huxley, writer on Batman: Arkham Knight and Killzone, alongside BAFTA Breakthrough Brit winner, Jessica Saunders.

Our deluxe bundle includes the game as well as our 200+ page art book and nearly 2 hours of bespoke music by Jools Scott and Jeff Rona!

The Dance of Death: Du Lac & Fey art book is a complete guide to the visual production of the game, lifting the curtain on the development and design decisions that went in to creating Dance of Death’s unique visuals. Concept art, 3D models, graphic design, UI – the list is endless, all accompanied by juicy behind the scenes info from our developers. Beware, spoilers ahead!

Dance of Death: Du Lac & Fey's soundtrack is a combination of two brilliant composers, each creating themes for the game's protagonists. Jools Scott produced music for Du Lac's narrative, whilst Jeff Rona wove a score for Mary's. Together, they each created music for Fey in a bid to show the duality of her form and her life.