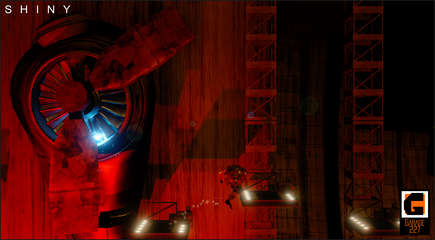 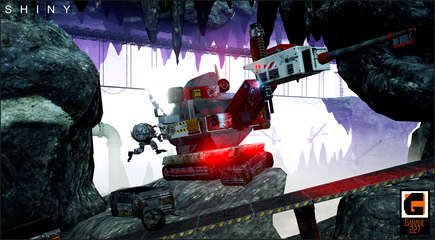 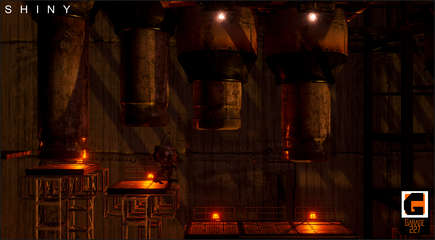 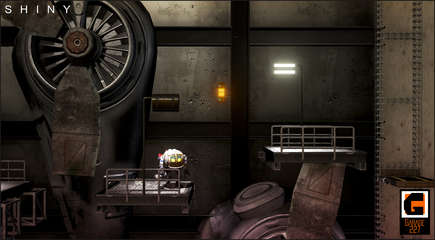 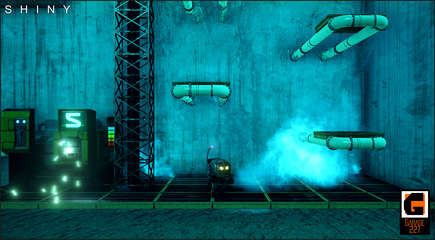 Robots can have a heart!

Left to fend for himself after mankind abandoned the doomed planet Aurora, robot Kramer 227 must find a way to harvest energy and rescue his robotic friends before Aurora crashes into its sun. In his journey, Kramer will probe the planet itself and overcome challenging obstacles, all while trying to conserve his limited life energy to power himself and his friends on their way to safety.

Kramer will gather and share energy with his fellow robots, helping them escape dire situations and predicaments. He will have to jump and explore every platform in every corner of the 20 extensive levels to find all of his friends. Energy is running low on Aurora, so Kramer will have to collect batteries or use generators to recharge, as every action drains his power. Various power-ups collected along the way, such as jetpacks, energy spheres and temperature regulators, can help him on this crucial journey.

Shiny is about saving lives, so it contains no blood or violence.

This repack is NOT backwards compatible with my previous Shiny repack.