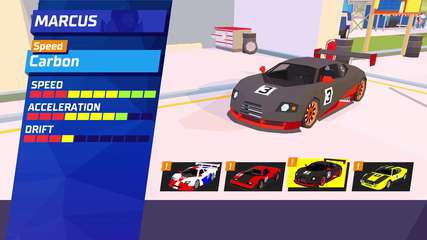 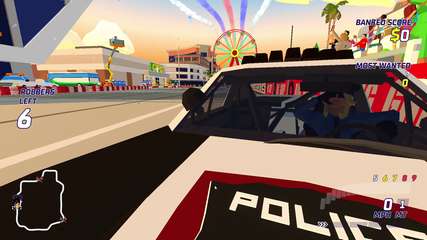 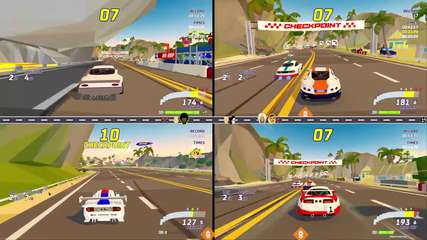 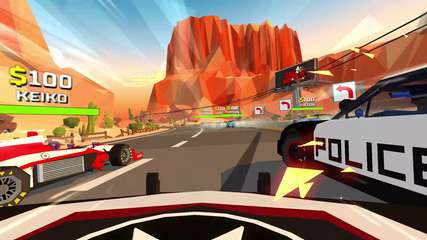 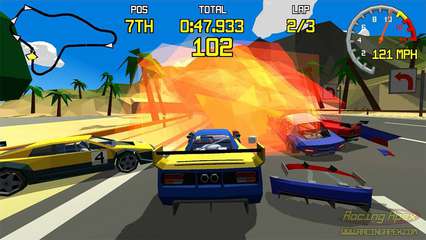 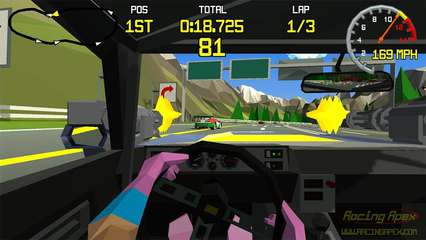 Developed by racing game veterans SUMO Nottingham and Lucky Mountain Games, Hotshot Racing is an all-new driving experience which revives the classic arcade gameplay of the 90s and thrusts it into the modern era.

16 racing circuits provide the twists, turns and straights conducive to searingly quick racing. Take in coastal, jungle, alpine and Las Vegas desert environments, with each course modelled with the most vivid colours and blue skies for miles.

Time Trial and Grand Prix modes cater to those who like to compete in classic racing formats, while âCops and Robbersâ and âDrive or Explodeâ modes offer exhilarating new ways to play.

Each mode is available in single-player, four-player split-screen and eight-player online, while Time Trial is single-player only. Single-player modes run at a blistering 60FPS to deliver one of the fastest depictions of racing possible.