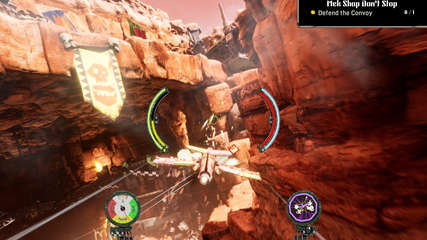 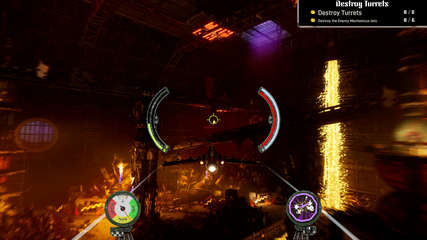 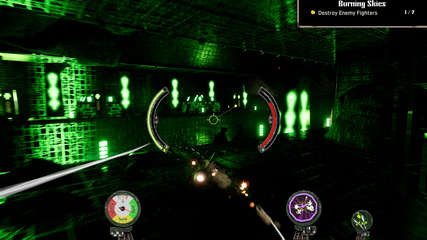 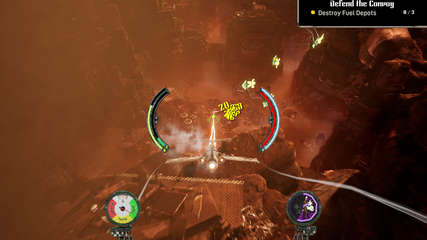 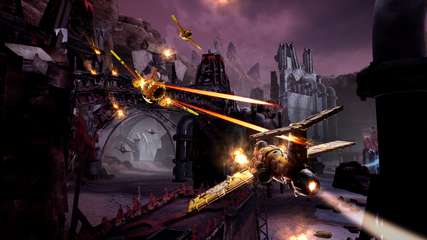 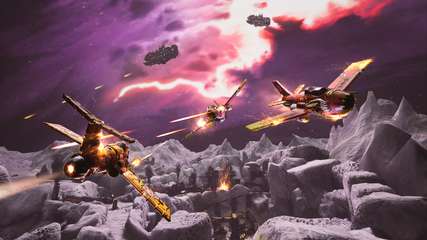 Dakka Squadron is a fast-paced, aerial shooter where you are an Ork Flyboy, taking to the skies to do what Orks do best - fight!

Fly across alien worlds, against insane odds, blasting away with your Supa-Shootas to destroy enemy air forces and ground targets, while unlocking new weapons and upgrading your plane to be the most âdead killyâ Flyboy in the sky.

Choose an Ork Clan and customize your jet to augment your play style.

Fly Dakkajets, Burna-Bommas, and Blitza-Bommas, equip them with an array of guns, bombs, and missiles, learn special maneuvers, and unleash your dakka and test your mettle against your fellow Flyboys in a deathmatch multiplayer mode, and against deadly enemies in the campaign.