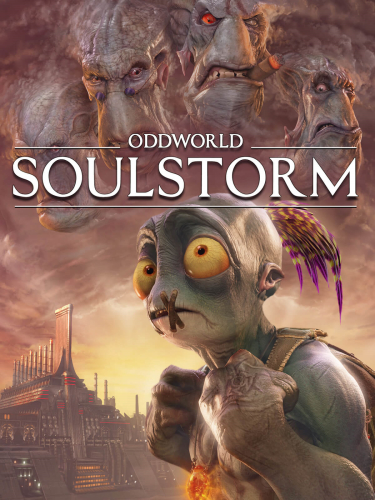 GAME DESCRIPTION:
Oddworld: Soulstorm is an explosive action-adventure platform game in which you'll have to craft items, collect trash and sneak up on enemies. This is the story of an incomprehensible struggle against oppressors who are willing to spend any money to stop Abe and the uprising, and are not averse to using the most nefarious methods - from propaganda to brutal force and deadly violence. You play as Abe, who inadvertently provoked a rebellion and is now forced to lead his fellow Mudokons in their struggle for freedom against the Magog Cartel and the planet's ruling power. Ready for it or not, but the whole fate of the kind of mudokons depends on Abe's actions. Accept his fate and become a catalyst for social change, or fail and watch his entire race being wiped off the face of the earth - the choice is yours.