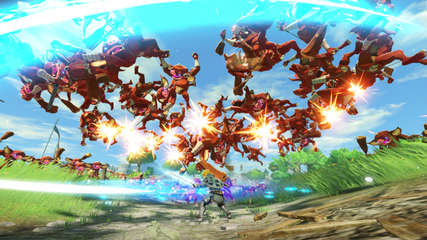 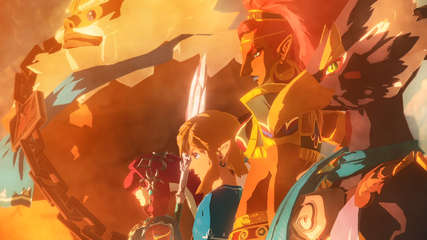 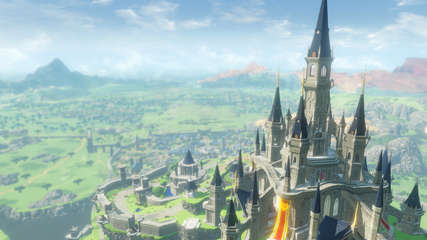 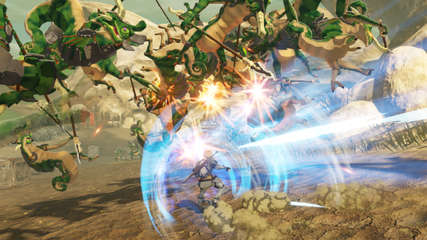 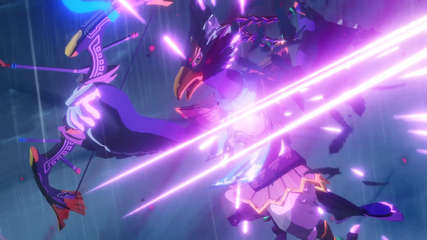 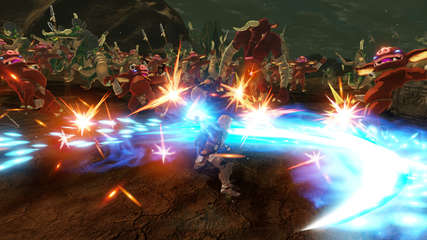 Travel into Hyruleâs past and fight to prevent the kingdomâs destruction in Hyrule Warriors: Age of Calamity for Nintendo Switch!

As an ancient evil threatens to consume everything in its path, the fate of Hyrule hangs in the balance. Lead your forces onto the battlefield, then battle against the might of Calamity Ganon in the ultimate struggle for survival.

Play as Link and Zelda, along with Impa and the four Champions of Hyrule, as they try to stop the kingdom from being brought to ruin by Calamity Ganon. Together, battle against the encroaching darkness and rewrite the kingdomâs destiny!

Experience a unique story featuring familiar faces from The Legend of Zelda: Breath of the Wild and see Hyrule from a different perspective â before the Great Calamity struck.

If you have downloaded and still have some of my Ryujinx-powered repacks, you can use fg-ryujinx-firmware-11.0.1.bin from any of those and save 316 MB of traffic.